7 FANTASMES OF A WOMAN 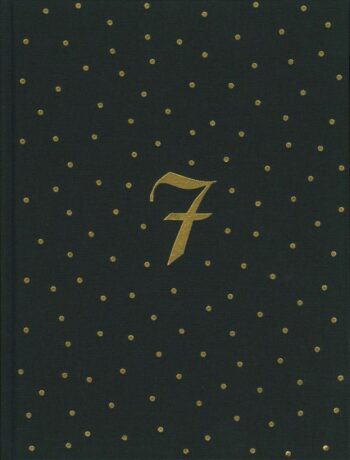 Champagne takes women one step closer to daring behavior. Karl Lagerfeld
In 7 Fantasmes of a Woman, Karl Lagerfeld brings to life his vision of a woman’s sensual fantasies. The starting point for the series of photographs was a commission to produce an advertising campaign for Dom Pérignon Vintage 1998. The rich history of the brand, deeply rooted in the 17th and 18th centuries, as well as the sensual, caressing bouquet of the 1998 cuvée, were the main elements for the conception of the advertising campaign. Karl Lagerfeld transformed the story board of a woman’s sensual fantasies and the 18th century origin of Dom Pérignon into a series of photographs filled with sensuality, mystery and sexual ambiguity.
In order to create his vision, Karl Lagerfeld took inspiration from paintings and novels. Drawings by Moreau the Younger (late 18th century) and Stanley Kubrick’s film Barry Lyndon were his visual references. The scene he refers to as “A Lesson in Love” shows a woman and a naked young man standing next to a fireplace wearing a pearl necklace – a reference to the famous scene in Chéri, the Colette novel in which a young man is in love with a former high-class courtesan and asks her to wear her pearls. The opera box photo is inspired by Laclos’ Dangerous Liaisons and the mystery of what is behind the curtains. The scene of the woman in the bathtub illustrates the quote “The heart asks pleasure – first…” by the poet Emily Dickinson.
Without hesitation Karl Lagerfeld chose Helena Christensen to embody the heroine of his tableaux: “I couldn’t imagine using any one else for the shoot. A story like this calls for a certain personality. Someone who is truly feminine and strong. Someone who can carry the erotic atmosphere in this story. I like the idea of an experienced woman, who knows … you can see on her face that she has seen a lot, lived a lot and also takes a great deal of pleasure in it all.” Helena Christensen explains the atmosphere on the shoot: “There was a slightly erotic feeling in the air, but handled with extreme elegance. It’s a bit like describing the feeling champagne gives you.” 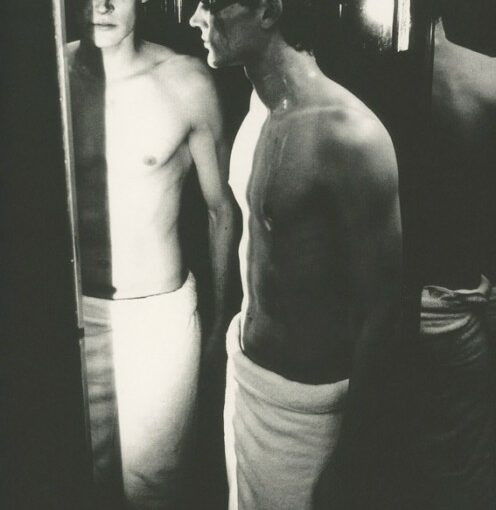 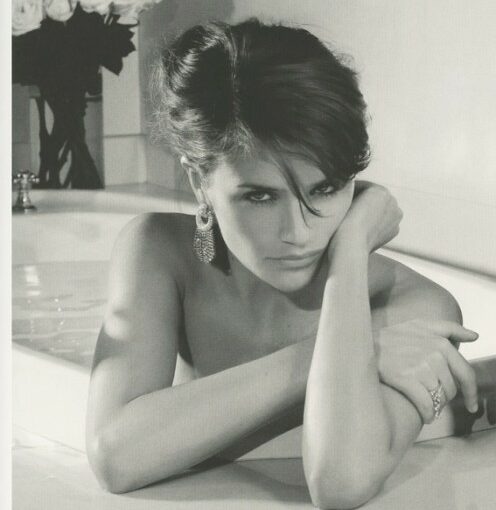 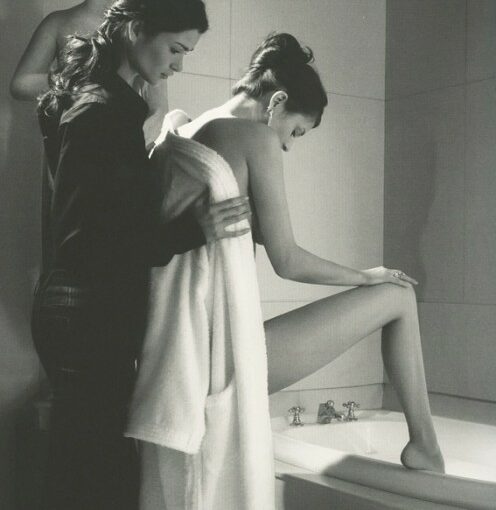 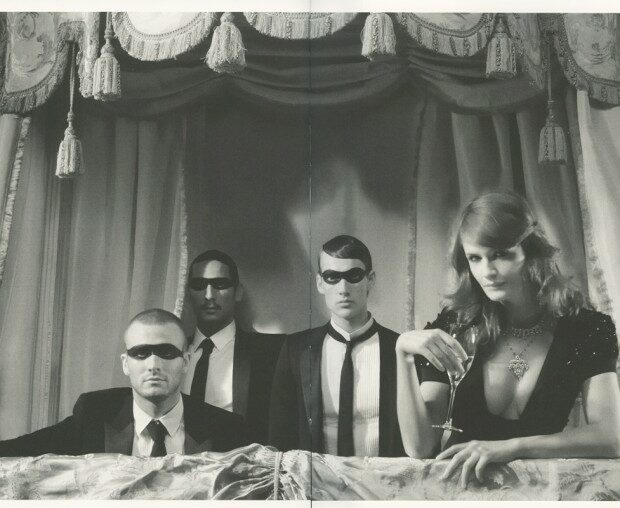