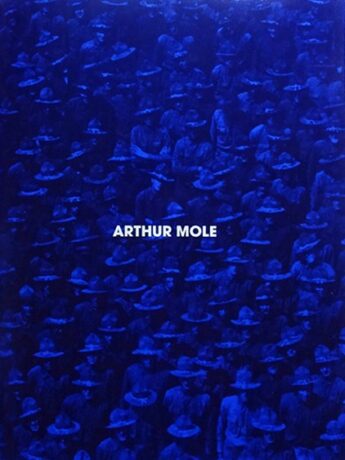 In 1917, as the United States were entering World War I, the English photographer, Arthur Mole (1889-1983) created a new type of iconography, which proved useful to the promotion of American nationalism. With the help of his colleague, John D. Thomas, he created sprawling photographic compositions of American society’s symbols and emblems, by assembling and positioning thousands of men into the chosen shapes along the ground. The compositions included the American flag in the shape of a shield, the emblem of the Marines, the Statue of Liberty, and a profile portrait of Woodrow Wilson, among others. The book brings together these avant-garde propaganda photographs, which Mole called «living photographs» even though the individual is rendered invi- sible in favour of the crowd.
The book also contains a section which showcases a series of reframings and enlargements of images contained within the photographs. By modifying the scale of the photographed bodies, which at times renders the images almost abstract, these reframings invite the reader to reinterpret Mole’s photographs.
The book is accompanied by Louis Kaplan’s essay titled «Photographic Patriotism: Arthur Mole’s Living Photographs». 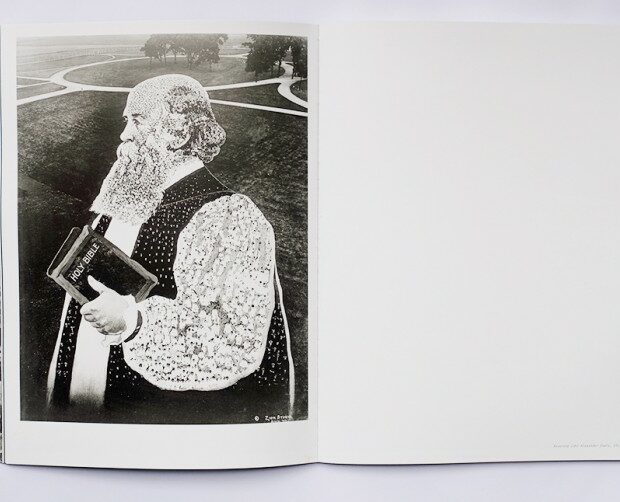 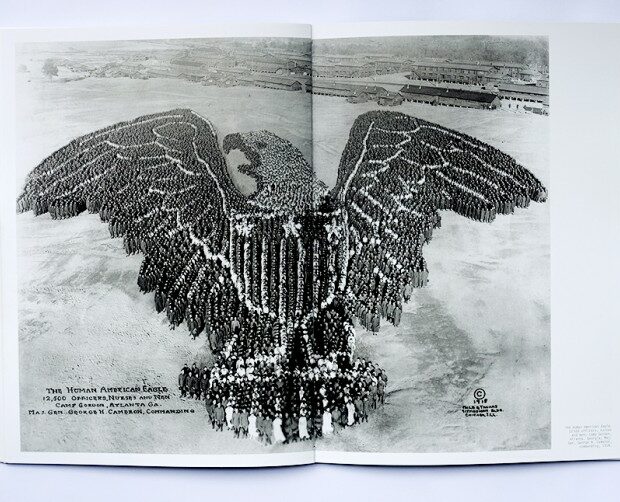 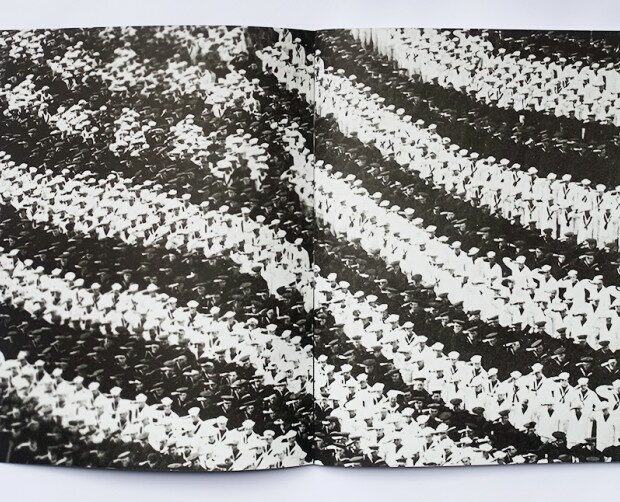 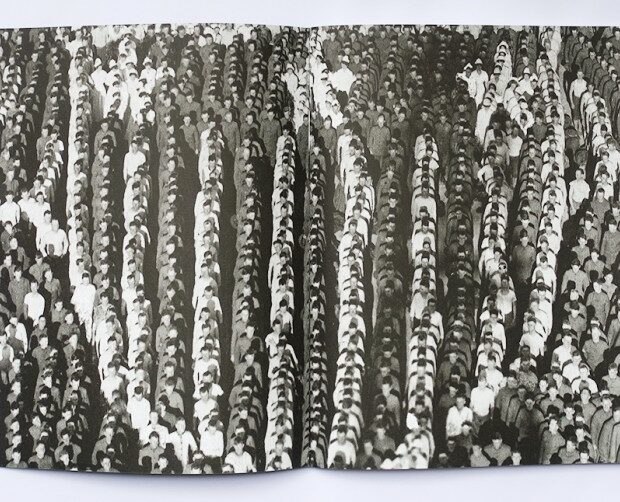 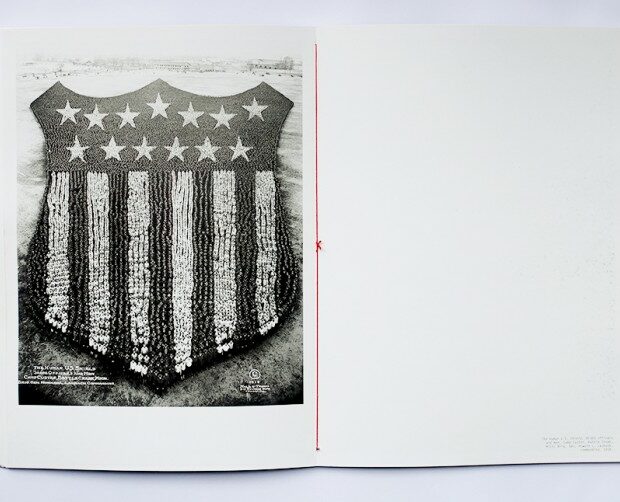 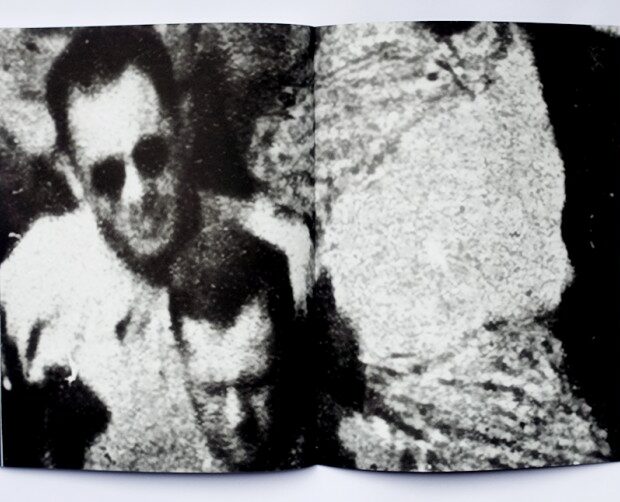 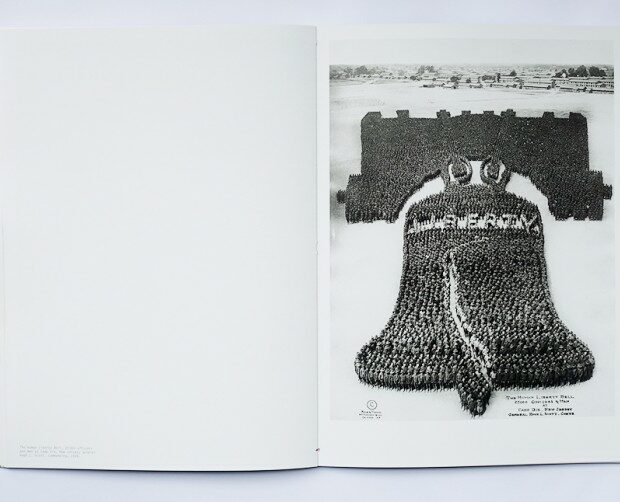 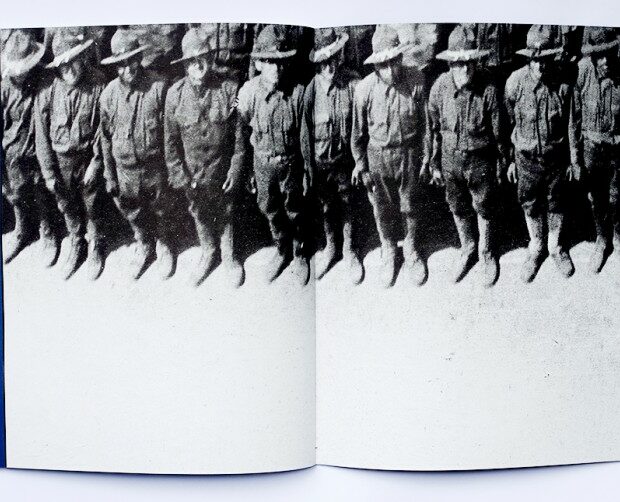 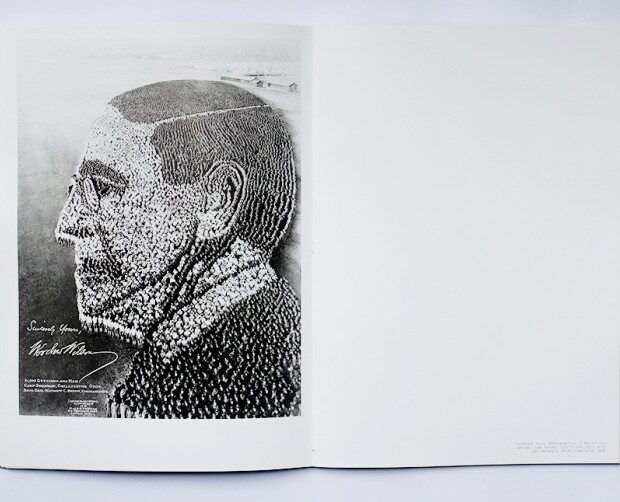