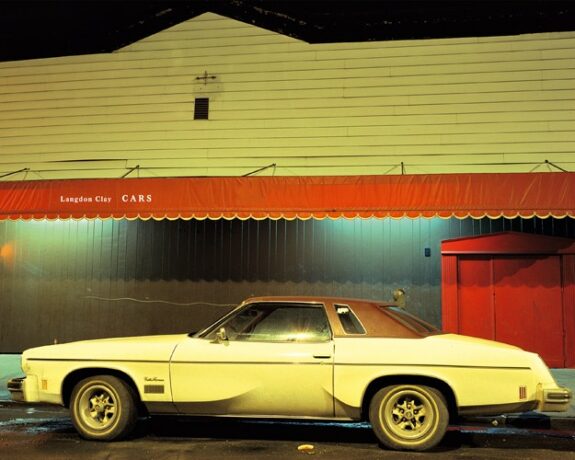 From 1974 to 1976, Langdon Clay (born 1949) photographed the cars he encountered while wandering the streets of New York City and nearby Hoboken, New Jersey, at night. Shot in Kodachrome with a Leica and deftly lit with then-new sodium vapor lights, the pictures feature a distinct array of makes and models set against the gritty details of their surrounding urban and architectural environments, and occasionally the ghostly presence of people.
“I experienced a conversion of sorts in making a switch from the ‘decisive moment’ of black and white to the marvel of color, a world I was waking up to every day,” Clay writes of this work. “At the time it seemed like an obvious and natural transition. What was less obvious was how to reflect my world of New York City in color … I discovered that night was its own color and I fell for it.”
Langdon Clay was born in New York City in 1949. He grew up in New Jersey and Vermont and attended school in New Hampshire and Boston. Clay moved to New York in 1971 and spent the next sixteen years photographing there, around the country and in Europe for various magazines and books. In 1987 he moved to Mississippi where he has since lived with his wife, photographer Maude Schuyler Clay, and their three children. 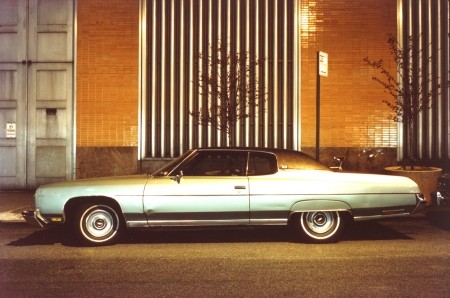 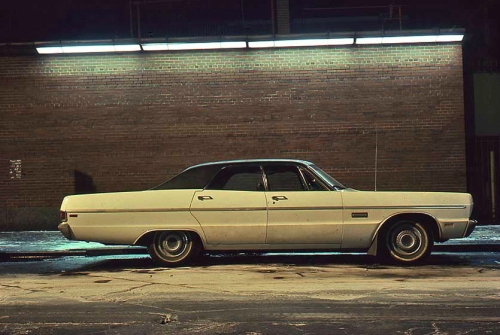 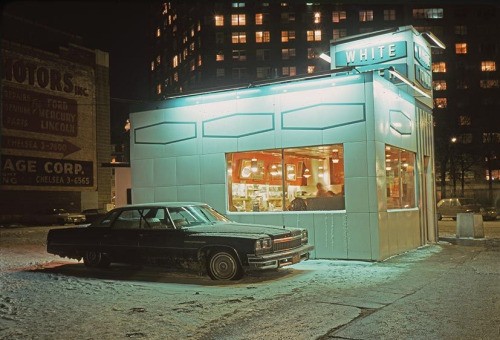