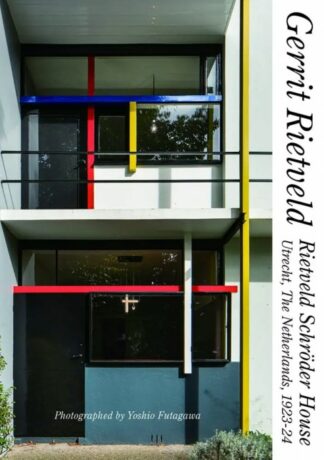 An icon of the modern movement and De Stijl, the Rietveld Schröder House in the Netherlands was designed by Dutch architect Gerrit Rietveld (1888–1964) and completed in 1924. In 2000 the house was placed on the UNESCO World Heritage List. Built together with his client, it was Rietveld’s first architectural manifestation, and would prove to be the key work for his entire oeuvre. The relationship between interior and exterior, for instance, would continue to play a major role in the form and situation of his houses. Another fascination of Rietveld’s was the open floor plan. Photographer Yoshio Futagawa pays tribute to a pioneering monument of experimental residential design.