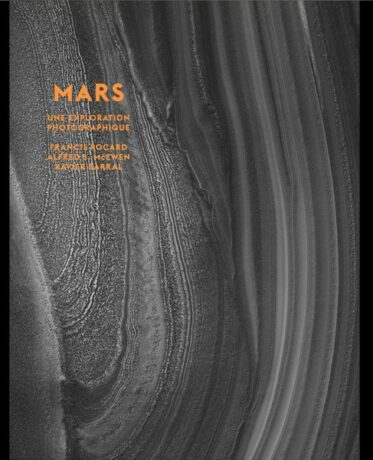 Valles Marineris, Olympus, Arcadia Planitia, Elysium Mons, Planum Boreum, Icaria Fossae and Noachis Terra are all regions from Mars, looked over by the NASA’s observation probe since 2005, on an average distance of 300 km, to study the surface of the planet. Among these thousands of pictures, with a resolution never seen before, Xavier Barral has selected about 200 photos, while keeping a 6 km wide zone for each one.
This selection offers a new vision of Mars, as it reveals the geological and mineralogical outlines of this mythical planet. An unsuspected landscape which has been emerging for more than three billion years. These images are opened to many interpretations, and can also refer to ourselves.
To pursue this photographic exploration, drawn by Xavier Barral and Sébastien Girard, the texts written by Francis Rocard, astrophysicist and Alfred McEwen, science professor, the detailed captions written by Nicolas Mangold, planetologist and geophysicist, as well as a planisphere from Mars, offer us a great interpretation and put these enigmatic photos in their context. 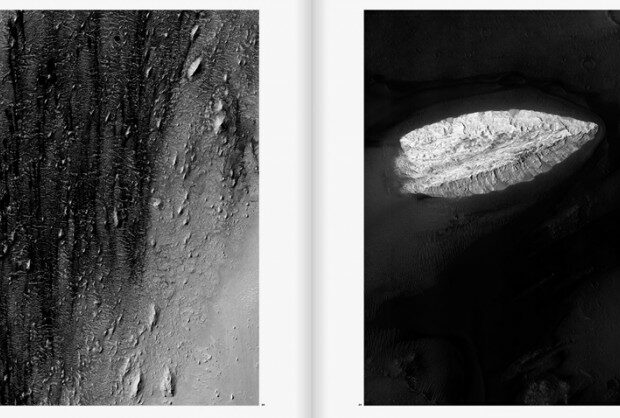 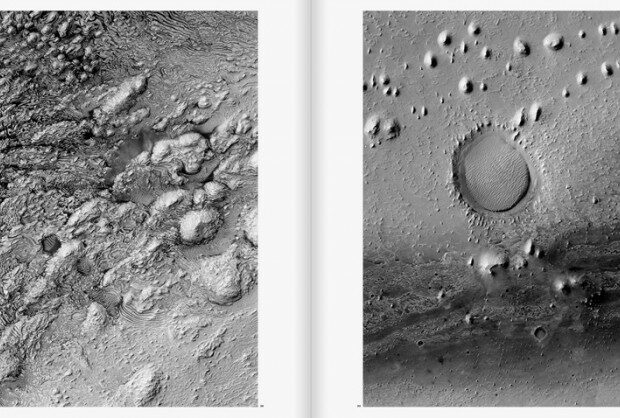 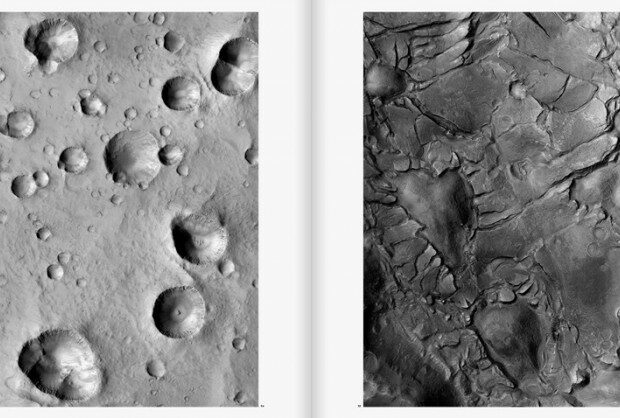 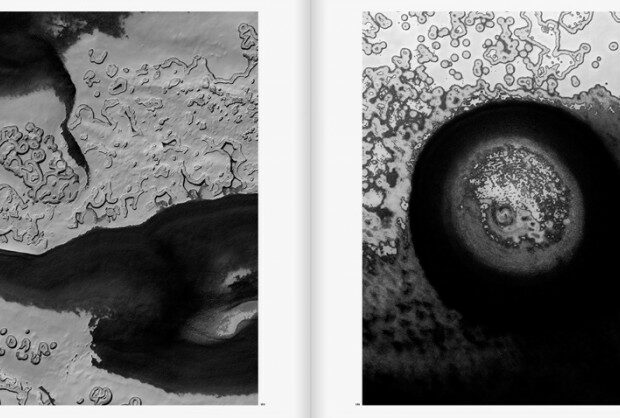