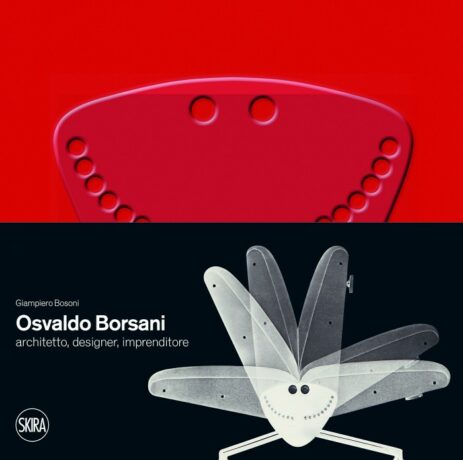 The figure of Osvaldo Borsani and his role of primary importance in the history of architecture, especially interiors and design in the 20th century.

The reordered and complete archive, made up of over 10,000 drawings, which gathers together the story of the atelier ABV (founded by his father in 1923) and all the documentation of its development after the war including the fundamental step of opening Tecno (established by Osvaldo Borsani with his twin brother Fulgenzio) bear witness, in a complete and fascinating way, to this research and invention in constant evolution from the craft workshop to the technical office of this industrial designer. The book offers an introductory section with scholarly texts, followed by, in chronological order, from the 1930s to the 1970s, four historical sections presented by a general text, in turn followed by two groups of in-depth entries for each section: one relating to some significant interior designs and another on the most important furnishing models.