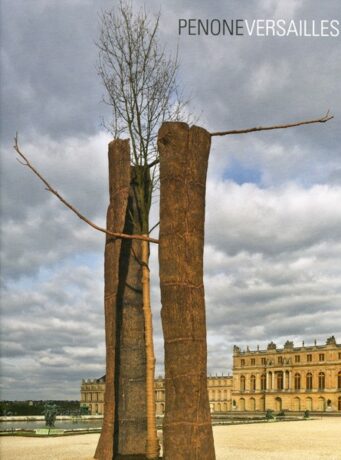 Giuseppe Penone, who was born in 1947 in a village of Piedmont in Italy, is one of the most outstanding sculptors of his generation. He produced his first sculptures in the late 1960s, working directly on trees in the forest, adding his action to that of nature. He was then associated with the Arte Povera movement.

The tree is one of the principal motifs of his work. Penone sees it as “a being with the ability to think which has the memory of its past life.” Starting out from the existing plant model, the sculpture becomes a work of modification and re-assemblage that leads to surprising shapes in which bronze trees are combined with rocks or even living trees. The new tree thus symbolises the encounter between nature and culture.

Invited to produce creative work for Versailles, Giuseppe Penone has moved into the gardens designed by André Le Nôtre… The works fit into this landscape with remarkable serenity. Both monumental and humble, they tell us about nature and make it endure. A fruitful dialogue is set up across the centuries. The gardens of Versailles now host twenty sculptures of Penone, installed along the Royal Walk, that long perspective stretching from the façade of the Palace to the Grand Canal, as well as in the mysterious Star grove. Inside the Palace he has set up a sweet-smelling installation consisting of walls of tea leaves: “Breathe the shade”.

Giuseppe Penone lives in Turin and stays regularly in Paris. 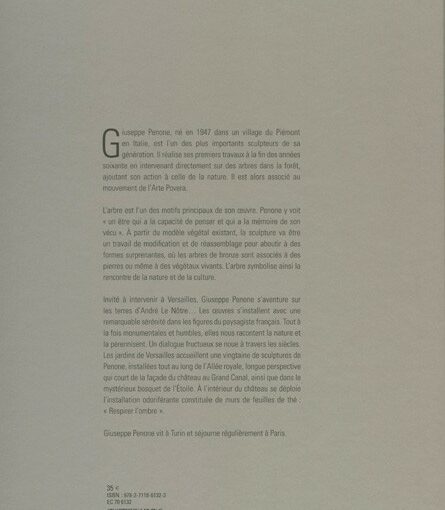 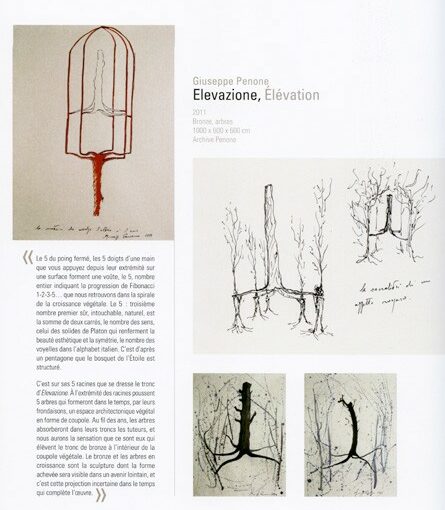 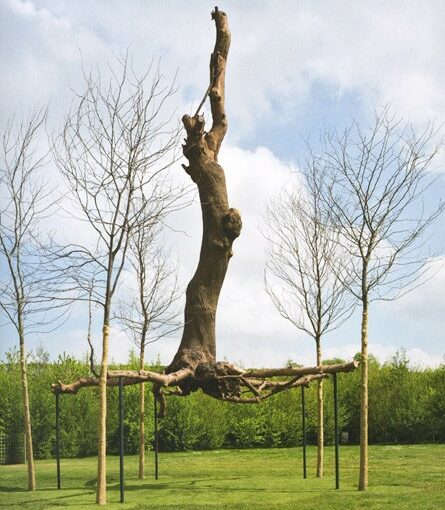 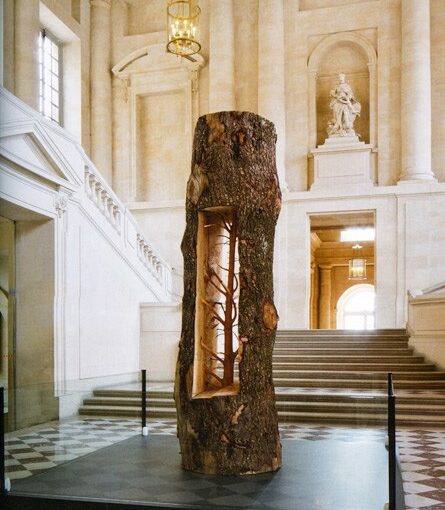 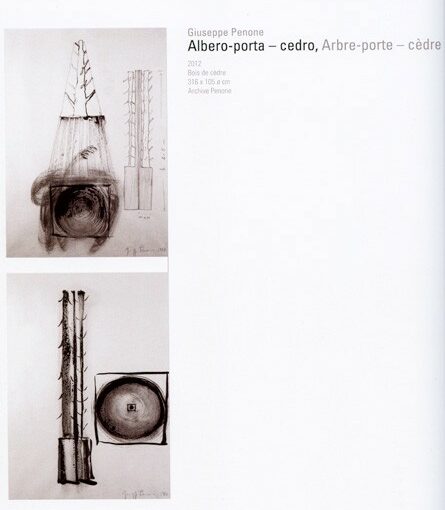