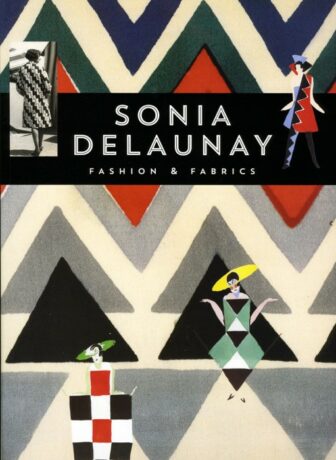 The Russian artist Sonia Delaunay, who with her husband Robert Delaunay was a leading light of the short-lived Cubist splinter movement, Orphism, branched out after the First World War into a distinctive career of her own. Between 1920 and 1930, she produced some of the most striking and original fabric designs of modern times. She was the inventor of abstract designs for fabrics, and her materials were the rage among fashionable circles in the Art Deco era.
This is the definitive record of this unusually talented artist’s contribution to design – dazzling creations that are artworks in themselves.
Delaunay made imaginative waistcoats for Tristan Tzara, Louis Aragon, Rene Crevel and other Surrealist poets. She dressed Gloria Swanson and various French film stars, the unconventional socialite Nancy Cunard, and the wife of the Bauhaus architect Marcel Breuer. She designed interiors in collaboration with the Paris architect Mallet-Stevens, and created costumes for the early films of Marcel L’Herbier. Her fabrics were sold by the most exclusive department stores in the world. Jean Cocteau and Blaise Cendrars wrote about her fashion designs. And her decorated scarves are known to have influenced the work of Paul Klee.
Jacques Damase, the French publisher and art historian, inherited Delaunay’s original designs and fabric samples, many of which were photographed for the first time for this book. His personal, informative introduction is complemented by a selection of writings by Delaunay’s contemporary admirer’s and critics. 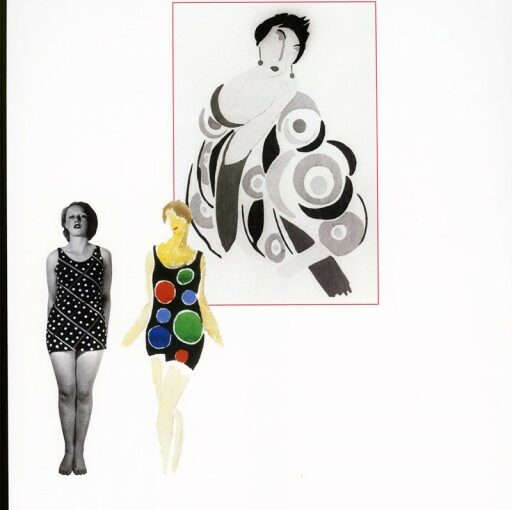 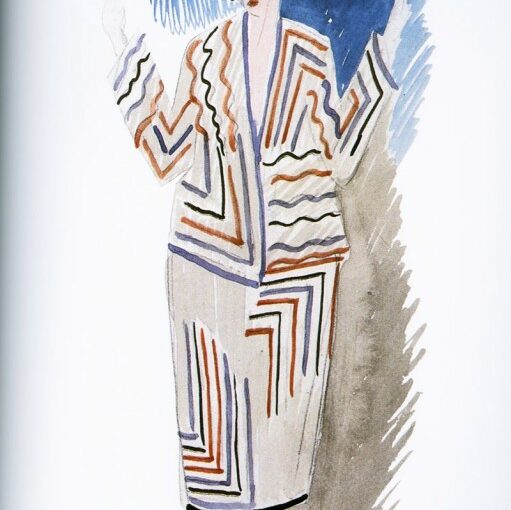 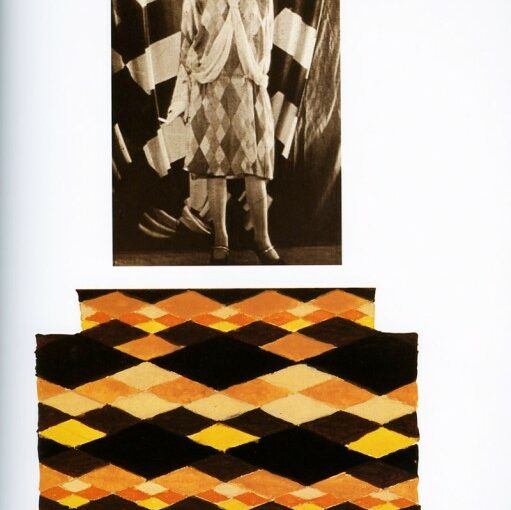 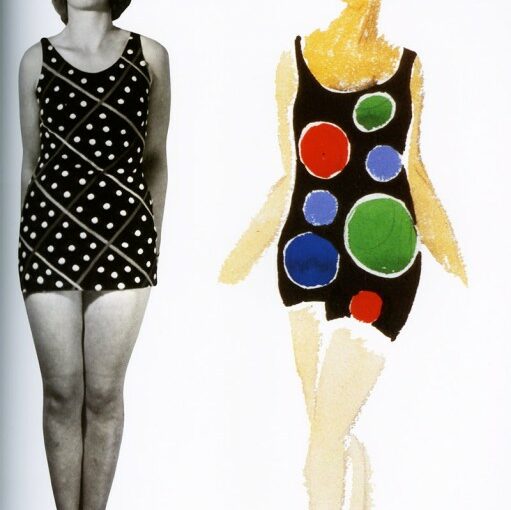