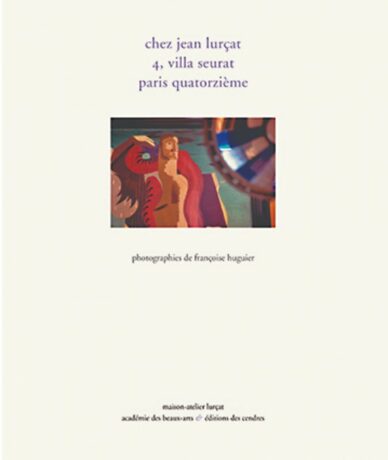 Françoise Huguier’s report recreates the atmosphere of the artist’s place of life and work as he left it to us. It offers a moving walk in an artist’s house that has remained in its original state.

The house-studio of the painter Jean Lurçat (1892-1966) is the first of eight artists’ houses built in 1925 by his brother, the architect André Lurçat (1894-1970), Villa Seurat, one of the three urban complexes important projects made in Paris in the twenties. Bequeathed to the Académie des beaux-arts with the collections it houses, the house-workshop has been managed since 2021 by the architect Jean-Michel Wilmotte. This indisputable Parisian masterpiece of the Modern Movement, maintained in its original state, was classified as a Historic Monument in 2018. Françoise Huguier’s photographs show us the authenticity of an extraordinary artist’s house.

Photographer and author, Françoise Huguier has been collaborating with French and foreign magazines since the 1980s, she photographs the world of cinema, culture and fashion. In 1988, she followed in the footsteps of Michel Leiris from Dakar to Djibouti (Sur les traces de l’Afrique fantôme, Maeght). In 1991, she photographed polar Siberia for six months (En route pour Behring, Maeght). Then for ten years she photographed community apartments in Saint Petersburg (Kommounalki, Actes Sud). In 2011, winner of the Marc Ladreit de Lacharrière-Académie des beaux-arts Photography Prize. In 2019, she exhibited her personal collection at the Quai Branly museum.